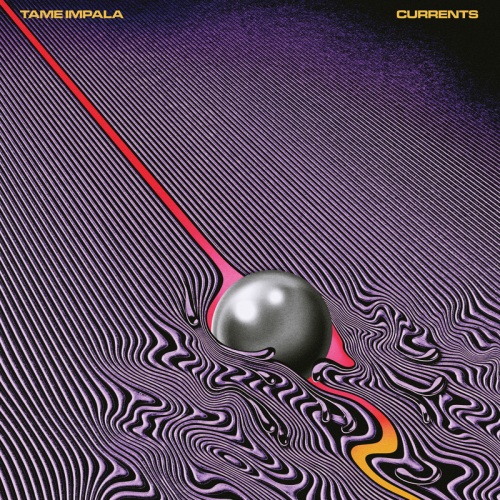 Currents is Tame Impala’s poppiest and most emotional work to date, and damn it, there isn’t a bad song on the album. It also serves as their most complex and layered effort yet, as Kevin Parker’s songwriting and musical production amps up to 11. He’s a wiser and more vulnerable lonerist this time around, too, and that bleeds through all 13 tracks on the record. Reeling from a bad breakup, this is a love album, a breakup album, an introspective journey through the mindscape of a man going through major life changes. Sometimes raging, sometimes floating, Parker somehow manages to always keep the experience groovin’.

On Currents, ambiance is key. Song lengths oscillate between extremes, with bookend tracks running 6-8 minutes, and others sprinkled in that don’t even reach the 2 minute mark. But, surprisingly, there’s no  filler here. Each track works to keep the mind process evolving, the tonal and thematic currents flowing. It’s a record about changes that plays itself out like a story, mostly chronologically. It’s about the realization that change must come, as well as the moment itself, and the weakness and confusion that follows. The way the songs link and morph into different emotions is sincere, turbulent, and ultimately, healing. This is a progressive step forward for the Perth rock group, as Currents features some of Tame Impala’s very best songs to date.

An epic album opener, Let it Happen, runs around 8 minutes, and is one of the best songs Tame Impala has put out. Psychedelic, synthy, full of finger-snapping and shoulder-groovin’, with an eventual satisfying guitar breakdown– it’s evident this refurbished Tame Impala sound is something you can either hit the dance floor with or zone into with your headphones. It’s that signature modern psych/pop Tame Impala sound, but it’s also pushing the boundaries of what you expect. It’s progressive and fresh as it is retro. The flute/keyboard interlude conjures visions of mushrooms and elves hopping around in synchronization, and the speaking in tongues section sounds like Britney Spears stream-of-consciousness (who knew the world needed that so much?). 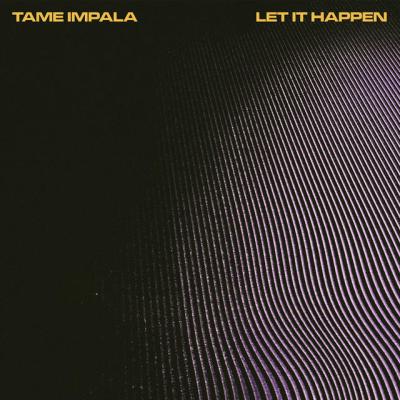 By the time the disorienting nitrous oxide dose of Nangs hits your brain, it becomes apparent Currents is going to be a synth-driven album. This succinct little number is over before you know it, but with its trippy, echoing vocal repetition, old school hip-hop synth hiccups and drums, it’s also one of the most distinct and lingering tracks offered. As many songs on the album do, Nangs trades in the heavy guitar riffs for layered synths, but the controlled execution keep it sounding like signature Tame Impala.

Dripping with glitzy synths, The Moment retains its very upbeat rhythm despite relatively melancholy lyrics. Feelings swirl and shoes tap as events lead up to, well, the moment. This is definitely one of the trance-iest songs on the album, along with Nangs, and plays for good tropical tripping or sunny day strutting. The album is full of great moments where the songs break down into something new– almost a different song altogether– before getting back to the original rhythm. The Moment, with its perfectionist execution, is one of the best examples of this.

Then there’s the draining, emotional double-whammy of Yes, I’m Changing and Eventually, two of the band’s most poignant yet impressively arranged songs of their career. On Yes, I’m Changing, Kevin Parker is essentially kicking cans down the street as he reflects on the big moment that finally happened (only one song ago!), as well as its implications. The bass carries the song along, cradles the listener in as they bounce around in Kevin Parker’s head. Halfway through, Parker croons, ‘They say people never change, but that’s bullshit. They do.’ This seems like an intentional callback to the Lonerism highlight Apocalypse Dreams, in which the chorus alternates between ‘Nothing ever changes, no matter how long you do your hair,’ and ‘Everything is changing, and there’s nothing I can do.’ Whereas Lonerism-era Parker didn’t know exactly how he felt or what life had in store for him, now he is in a place of more certainty– a wiser, albeit more melancholy, state of mind. 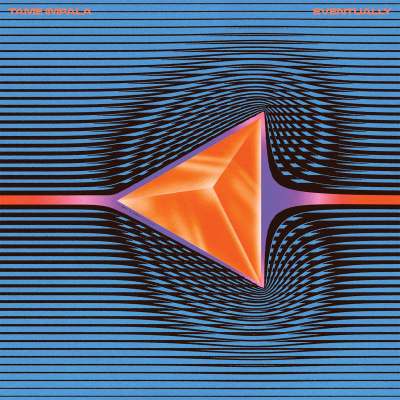 Eventually, the band’s latest single, comes as a soaring release from that state of mind, as feelings culminate into ones of heartbreaking acceptance. ‘But I know that I’ll be happier, and I know you will, too… Eventually.’ Simple in its pop chord catchiness, yet instrumentally layered and complex, it’s unquestionably one of the band’s sweetest and accomplished songs.

Gossip melts by, another track that’s over before you know it. With wavering synths and a stuttering guitar, it’s the album’s breeziest song, yet solid in keeping with the overall tone. Most importantly, it serves as a much-needed interlude to help you gear up for a killer Tame Impala guitar riff in The Less I Know the Better. One of the catchiest songs on the album, with a bubblegum pop guitar riff worthy of the Beatles, the song also flirts with smooth jazz and 80’s uptown funk vibes. The songwriting and production make the song reminiscent of hitting the dance floor and running into an old ex, who’s with a seemingly perfect new hubby. Parker meditates, ‘I was doing fine without you, til I saw your face, now I can’t erase.’ Every song on this record accepts the situation, however brutal and unfair it seems, and this track is a perfect example of that. Plus, it’s got the fantastic lyric: ‘Come on Superman, say your stupid line.’

Past Life is the weirdest song on the album. It opens up sounding like a Blade Runner OST outtake, with a distorted robotic voice rambling on about lost love. It seems a bit jarring and out of place until Kevin Parker’s vocals kicks in with the refrain, ‘From a past life.’ It is probably the album’s least impressive track, but certainly not a throw-away tune. Then again, it’s not the track you’re going to blast at your next party. 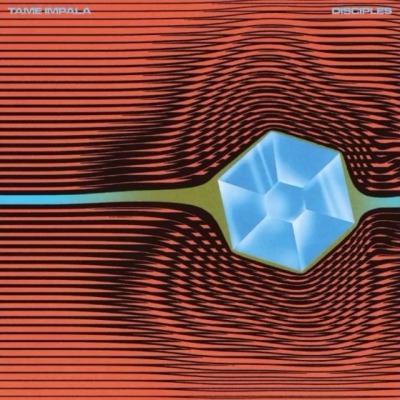 Initially dropped by Parker himself on a Reddit AMA a few months ago, Disciples, although fantastic, seems painfully short. Right when you start getting up and dancing, it ends. Though the more you listen to it, the more you feel its controlled highs and lows within that one minute and a half. It’s a perfect, succinct taste of what Tame Impala is about: catchy and intelligent pop, distorting guitar riffs, trippy synths, Kevin Parker singing falsetto, and expertly executed breakdowns.

Everybody’s new favorite song, ‘Cause I’m a Man is a sexy, R&B-influenced bedroom jam. Subdued and chill, with a strutting bass, it is unquestionably one of the band’s most controlled and impressive songs, as well as one that’s garnering them a wider audience. It’s masculine yet not chauvinistic: ‘Cause I’m a man, woman. I’ll never be a strong as you. I’m human, human. A greater force I answer to.’ Between Parker’s orgasmic moaning, it oscillates between bass-heavy blues and defiant/epic guitar-riffin’ heights. The muppet video is great, too. 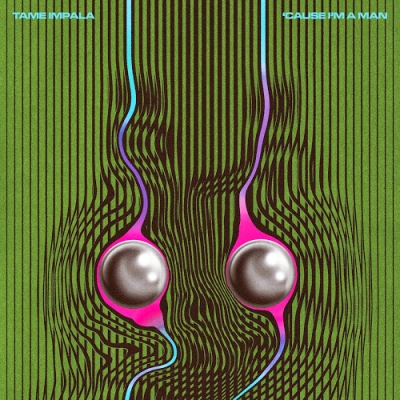 Reality in Motion and Love/Paranoia come off as a good ol’ one-two that grow on you like welts. Both, unsurprisingly, serve as melancholy reflections about how fast and unyielding life moves. The latter also includes some swears never heard before by the newly confident Parker, as he wonders: ‘Does it really Fucking matter?’

Finally, New Person, Same Old Mistakes is a complex and epic six minute introspection that plays as a sort of inverse of Let it Happen. With echoing 8-bit bells and sinister, dread-inducing synth blobs, it almost sounds like you’re trapped in a Sega Genesis Phantom of the Opera video game. It marks a big tonal shift from the rest of the album, which to this point, has been courteous and almost acquiescent. At the end, however, there’s been a realization. Parker comes off as more self-interested, as if he now finally believes everything he’s been telling himself this whole album: ‘Feel like a brand new person, I finally know what it’s like.’ The background vocals serve as inner voices, sounding off as contradictory, questioning, not as bullet-proof confident as the main vocals try to appear. It’s a song to be experienced more than picked apart, and serves as a worthy last track for a standout album.

Currents is an impressive effort from one of the best rock bands today, and a worthy successor to 2012’s excellent Lonerism. It serves as a slight departure from Tame Impala’s classic psychedelic-rock approach, as Kevin Parker finds himself experimenting with pop music, while still retaining the complexity and psychedelic spirit that he’s become known for. It’s an album that stands on its own legs in every song; an album about change, the micro and macro. Though it sacrifices a lot of their signature guitar riffs for synths both heady and poppy, it’s the band’s most poignant and controlled album yet, with enough trippy flourishes to satisfy even the most skeptical die-hard Tame Impala fan. It also plays as a great summer to fall album, as the whole record is a transitions effort. The Pink Floyd, Led Zeppelin, and John Lennon vibes are still there, yet Tame Impala is carving out its own niche, fitting into the perfect pair of shoes.